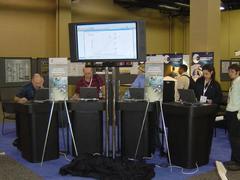 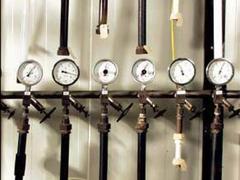 As a compound for pipe extrusion, PE-HD has experienced 50 years of continuous success both in terms of ever increasing production quantities and in terms of constant product improvement - one example being the development of bimodal PE-HD. With a multimodal PE-HD the processing characteristics can now be improved in particular.
more 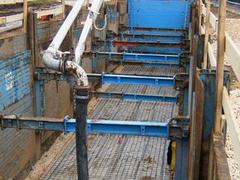 A high-performance trench shoring system satisfies all the structural prerequisites for the quick and efficient installation of even large-size precast concrete elements. This is something that the civil engineering specialists of Stratebau GmbH experienced for themselves during a construction project in Markt Lappersdorf in Regensburg rural district.
more 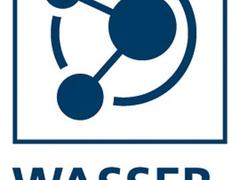 WASSER / GAS BERLIN, which takes place for the twelfth time from 3 to 7 April, will be attended by 630 exhibitors and an expected 25,000 trade visitors. It occupies a hall area of 45,245 square metres and, with its extensive programme of congresses, it again demonstrates its value as an international platform for dialogue in these two sectors. In six exhibition halls exhibitors will be presenting the latest developments in the water and gas industries, under a number of main headings.
more 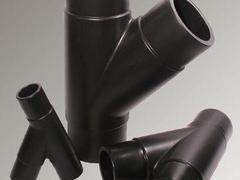 Borealis has launched Borstar® HE3490-IM, a unique polyethylene (PE) grade specifically for the injection moulding of PE100 pressure pipe fittings. This solution provides the fitting manufacturers with a better alternative to the extrusion materials which they currently use – a material that combines the higher pressure performance of a PE100 material with the processing friendliness of a PE80. The whole value chain from fittings manufacturer to pipe producer, contractor and pipeline owner will benefit from the greater consistency in overall quality and performance achieved with this grade.
more 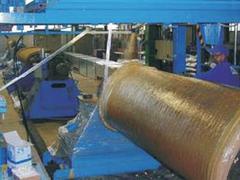 Rehabilitation of pipes with a non-circular cross-section 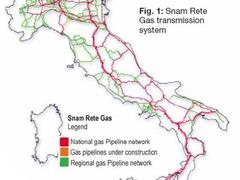 Snam Rete Gas decided for the first time to lay a pipeline section in L555 MB (X80) steel in Italy as part of the TAP project on high strength steels, sponsored by ENI Group. This pipeline trunk, 10 km long, will be placed on the Enna-Montalbano line which, for the remaining part, will be built in X65, the maximum steel grade used till now by Snam Rete Gas. This paper presents information on the pipe and bend production and on the preliminary experimental activity performed for weldability and field bending items.
more 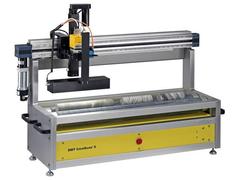 Immense interest: Visitors to the 2006 PDAC in Toronto excited by the DMT digital drilling core scanner

Essen, March 20, 2006. At the beginning of March, Deutsche Montan Technologie GmbH (DMT) presented at this year's PDAC (Prospectors & Developers Association of Canada) the second generation of its "CoreScan" measurement system. And it was a resounding success: "The drawing power of our system was enormous. Following this, the world's largest industry fair devoted to mining exploration and investments, we have already received twenty serious inquiries," explains Dr. Jens Wiegand, DMT Product Manager. Among those interested are global players active above all in exploring potential reserves of diamonds, platinum, gold and non-ferrous metals.
more 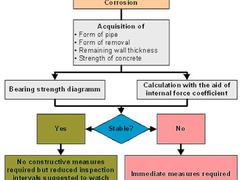 ABSTRACTAs waste water systems get older, their performance tends to decline. Breaks, cracks, corrosion and other types of failures causing leakage, hydraulic bottlenecks etc. up to collapsing sewers and mains. Condition assessment – either cyclic or demand orientated – is the basis for rehabilitation planning. The quality of inspection and assessment forms the base for cost efficient and sustainable section and network rehabilitation. Especially corrosion defects are difficult to identify and separate from other defects such as abrasion or incrustation. The correct identification of each of the defects is one major issue for later rehabilitation planning. Another one is the correct assessment of such defects. Sophisticated damage models, based on stability analysis, allow the possibility of detailed section assessment needed for priority ranking and the indication of the rehabilitation type (repair, renovation or replacement). The theoretical background of the different steps is outlined and all issues are dealt with in detail on examples.
more 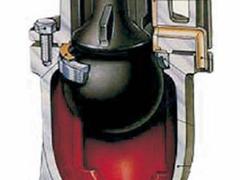 In cases of fire outbreaks, a constant and reliable supply of water must be readily available to enable the fire fighters to complete their allotted task. At the same time the water supply utilities are obliged to take the necessary measures to ensure that a piping network can be effectively filled, vented, flushed and drained as well as to be able to provide temporary or emergency supplies through the use of hydrants. Each and every pipeline component installed up to the hydrant outlet must function in a reliable manner. Other factors such as traffic flow, space requirements and hydrant type must be taken into consideration during the installation of such water hydrants. This paper is intended to give an overview of the products and methods in use today as well as future developments in this direction.
more

PE100+ Association's Board of Directors re-elected

At the annual Member meeting on February 22nd 2005, the PE100+ Association elected Robin Bresser, Borealis Pipe Marketing Manager, as its new President. André Scheelen from BP, the previous President, decided not to stay in the Board of the Association but will keep an active role in the Member meeting.
more 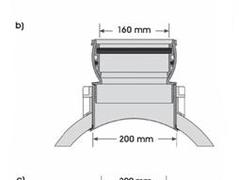 The quality of our ground water and soil is determined not least by the state of sewers and pipework. High-grade pipes and proper economic construction of the sewers are a basic requirement for a long lasting network of pipelines. Intact sewerage pipes ensure that foul and rainwater is taken away safely and quickly. Modern sewer building is thus an investment for the future.
more 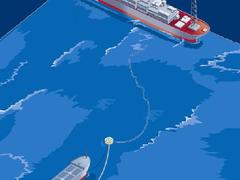 Oil companies have recently been looking at hitherto unexplored deepwater environments for new sources of black gold. But along with a whole raft of complications and demands brought about by this new environment is the problem of how the oil can be transported safely and efficiently from the source. However, thanks to a breakthrough in marine rubber hose technology, Trelleborg's Trelline system can now ensure the safety and efficiency of this connection, with significant overall cost reductions.
more

In addition to pathogenic micro-organisms, purified municipal water also contains a number of organic trace materials resulting from residential, commercial and industrial use. In past years particular attention has been paid to active pharmaceutical ingredients, endocrine disruptive compounds (EDCs) and other substances that are the product of everyday processes. Because it originates from so many different sources, elimination of the pollution resulting from municipal sewage systems is only conceivable or possible in certain special cases.
more 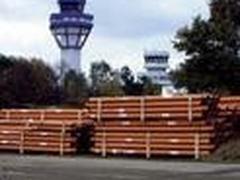 Polypropylene (PP) materials have been successfully used for the manufacturingof piping systems for a long time and have demonstrated their performance inpressure and non-pressure applications. Polypropylene block copolymers (PPB),which exhibit excellent impact resistance amongst other properties, are predominantlyused for the manufacturing of non-pressure sewage and drainage pipe systems.
more 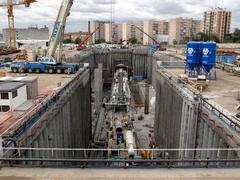 On the Iberian peninsula 18 Earth Pressure Balance Shields and Hard Rock Machines in total are currently being deployed in metro or road tunnelling and trans-regional railway projects. Half of the machines are boring their way through the underground of the Spanish capital Madrid, which consequently and rapidly develops its underground public transportation and metro system.
more

Dammam, February 2006: As part of the Amiantit Group's strategy to focus on its core industry of pipe manufacturing and water management projects, Saudi Arabian Amiantit Company has sold all of its 51% shares in Afico for SAR 65 million to Al Zamil Industrial Investment Company.
more 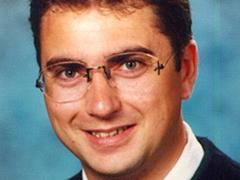 Borealis has appointed Paul Turner as Vice President Engineering Applications with effect March 1, 2006. In his new role Paul will head the Borealis automotive and appliances business including the sales, marketing and development units. He will be based in Mechelen, Belgium.
more 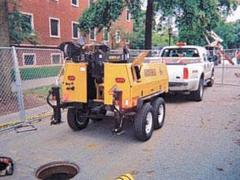 In the midst of a $US53 million addition to the Mechanical Engineering building on the Purdue University campus, it was discovered that a 15 foot deep, 12 inch clay sewer lateral that serviced the building had a collapsed section of pipe.
more 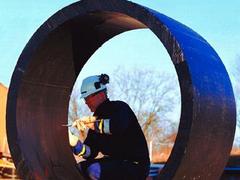 Borouge will be putting its high performance polyolefin business on show at Chinaplas, Asia’s largest international exhibition for the plastics & rubber Industries, in Shanghai from 26 to 29 April 2006. Located in Hall W3, Booth C03 at the Shanghai New International Expo Centre in Pudong, Borouge will showcase how the high performance polyethylene (PE) produced by its plant in Ruwais, Abu Dhabi, UAE can be applied in three distinct sectors: packaging, pipes and wire & cable
more 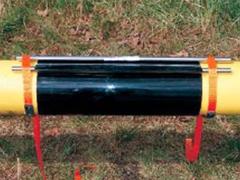 Corrosion protective coatings of steel pipes laid by horizontal directional drilling are particularly stressed. Thermosetting compounds based on polyurethane or epoxies have proven their performance for the protection of welded joints of such pipes. The application of thermosetting joint coatings can currently be carried out in a lamination process, resulting in glass reinforced plastics coatings, or by spatula in case of polyurethane based materials.
more 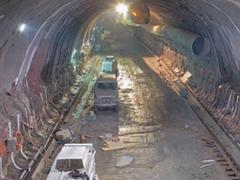