A hydraulically heavily stressed storm sewer DN 1200, requiring an urgent rehabilitation, but lying in the middle of a main road with several lanes and even in ground water: a horrific constellation in front of which stood the hanseWasser Bremen GmbH in 2004. But for the SAERTEX®-LINER System and the sewer rehabilitation specialists of Hans Brochier GmbH & Co. KG this case was a good opportunity to prove the efficiency of the hose relining procedure with "glass fibre reinforced plastic by means of steam hardening" in accessible nominal widths. Sewer damage under heavy traffic load

A concrete sewer DN 1200 leads the precipitation of the Mahndorf district in Bremen over a distance of several hundreds of meters into an open waterway. Its route follows the Thalenhorststraße over a length of 160 meters and finally the drainage takes place after two 60° bows into an open waterway. This means that not only many thousands of cars are daily driving over the canal on their way to one of the biggest shopping and entertainment centres of Bremen, but also the heavy load traffic of an important commercial area at the Bremen cross. This permanent load has caused longitudinal cracks in the sewer over considerable stretches. These cracks did not only put into question the stability of the construction but did also allow the constant penetration of large quantities of groundwater. Four reaches with a total length of approx. 175 m required an urgent rehabilitation.

Not only because of the dense traffic and the risk of sales losses in the Weser centre, a renewal with the open construction method with all "the risks and side effects" had to be ruled out. The continuous ground water level up to 1,60 m above the pipe top was already reason enough to avoid the open construction. Considering these marginal conditions of the damage and the hydraulic load in the sewer, the planners of the hanseWasser Bremen decide to carry out the rehabilitation with the hose relining procedure. But in Germany only very few users have the necessary equipment and the corresponding experience to be capable of rehabilitating a sewer of such a dimension and size. In June Hans Brochier GmbH & Co. KG could finally make the deal with the SAERTEX®-LINER System thanks to a plan which could convince with its technical and economical arguments.

The rehabilitation in Thalenhorststraße is to be carried out within a short period of time in mid September 2004. The project planners of Hans Brochier GmbH & Co. KG provided altogether five full workdays for the complete realisation. The four reaches were to be rehabilitated with altogether three SAERTEX®-Liners DN 1200 with a wall thickness of 10 mm each; so two of the reaches had to be worked at together over one shaft.
Work had to be carried out between 6 p.m. until 6 a.m. in the evening and during the night, in order to disturb the traffic as little as possible. Everyday after 6 p.m. the equipment for the rehabilitation could be put at small spots in the street so that the traffic could go on. So the SAERTEX®-LINER System could prove the advantage of its relatively place-saving equipment. A particularly important point in Mahndorf was also the extremely short time the whole rehabilitation has finally taken.
Insertion and hardening: Separate work in two night shifts

Although the steam hardening of the glass fibre reinforced liner of the SAERTEX®-LINER System is one of the quickest hose relining procedures available on the market, the insertion, erection and hardening of the big liners, with a length from 50 to 98 m and up to a weight of 7.5 tons, would have exceeded the period of 12 hours' time. Therefore it was decided to separate the two work processes and to carry them out in two subsequent nights, which is indeed a very unusual procedure. So during the day, the liner ends were bound up in the entry shaft and in the final shaft. Only the last liner with a length of 32 m was inserted in the fifth night and hardened immediately, whereby the steam hardening took four hours just like in the other reaches. After the completed rehabilitation, all the thirteen inlets were opened again and then connected by hand lamination to the SAERTEX®-LINER. The planned timing was indeed fully observed and the site started on Monday morning was completed in due time.

A decisive component of the quality control is the documentation of the complete hardening process on the vehicle. Devices fixed to the liner ends continuously measure the temperature between the liner and the pipe wall as well as the temperature of the steam-air-mixture at the entry and at the final shaft. In addition, the internal pressure at the liner ends is controlled. The documentation of these parameters is submitted to the customer as a proof of the proper installation and serves as quality proof. After the rehabilitation, the hanseWasser Bremen had taken off a test piece from every inserted liner and sent it to the "IKT"—Institute for underground infrastructure—in Gelsenkirchen for an examination of the wall thickness, E-module, bending tensile strength and tightness as well as for carrying out a resin analysis. Additional ring gap measurements on the site had a value near zero, which could hardly be measured.

The successful realisation of the "Storm sewer Bremen-Mahndorf" project was an impressive demonstration of the capability of the specialists of Hans Brochier GmbH & Co. KG concerning the rehabilitation of sewers with the glass fibre liners of SAERTEX®-LINER Systems—even sewers with an accessible nominal width. 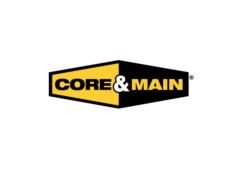 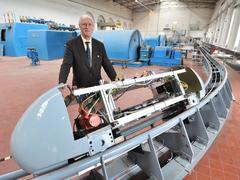 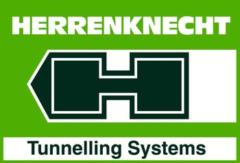 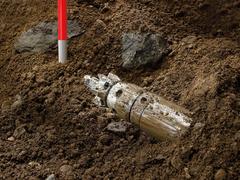 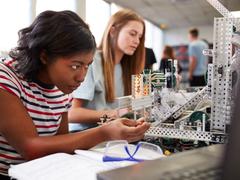 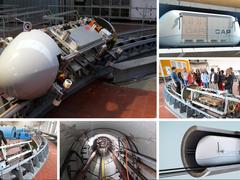 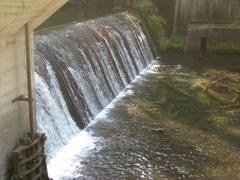