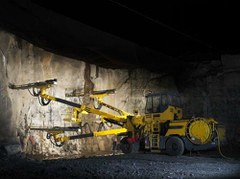 Rocket Boomer XE3 incorporates all the features introduced with the Rocket Boomer E2 – the new BUT 45 boom, the 3rd generation Rig Control System and the possibility to add the fastest rock drill in the world, COP 3038 – but now with even larger coverage area, 206 m2, thanks to the added boom.

Used at the E16 road project
The first two Rocket Boomer XE3 were purchased by the contractor Veidekke, Norway, where they will be used for the E16 road project between Wøyen and Isi. The project consists of two two-laned tunnels of 1.1 respective 1.4 kilometres. The first Rocket Boomer XE3 was delivered to Veidekke in March and the second one is in production at Atlas Copco’s factory in Örebro, Sweden.

These two rigs are the 6th and 7th face drilling rigs with Rig Control System that Veidekke has purchased from Atlas Copco since 2002. Veidekke is buying state-of the-art drilling equipment and is the first contractor in the Norwegian market that has installed Rig Remote Access through WLAN on their face drilling rigs. "This is utilized to handle data logs and drill plans, and also allows Atlas Copco to log on to the equipment if needed," says Jon-Ola Stokke, Manager of the Underground Drilling Equipment at Atlas Copco, Norway.

BUT 45 boom
The BUT 45 boom has a double rotation head, which offers 190 degrees of rotation around the axis of the boom. This gives faster boom and feed movements when drilling the tunnel face. An additional 135 degrees of sideways boom rotation and higher bracing force ensure that the crosscuts and rock bolts drilled require few set-ups. More equipment can be mounted onto the feed due to the high carrying capacity of BUT 45. More importantly, the increased boom stiffness permits longer boom extension and more accurate positioning, resulting in greater coverage area and reduced over- and underbreak.

Rig Control System
Atlas Copco has delivered more than 500 drill rigs with the Rig Control System, RCS, since the release in 1998. The Rocket Boomer E-series features the third generation RCS, which gives improved control of the drilling process, and the boom and feed movements.

Applications
The Rocket Boomer XE3 is suitable for medium to large tunnels in civil engineering projects. In particular the advantage of having the third boom will be appreciated when tunnelling with one single face only, where every reduction of drilling time adds to higher advance rates. 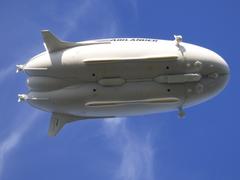 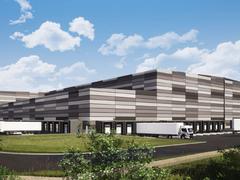