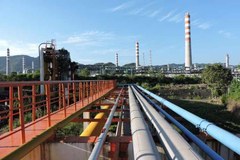 Saudi Water Partnerships Company (SWPC) has issued request for qualifications (RFQs) for the development of the 603-km-long Jubail-Buraidah Independent Water Transmission Pipelines Project with a transmission capacity of 650,000 cu m per day. The Jubail-Buraidah Independent Water Transmission Pipelines Project will be implemented on a Build-Own-Operate-Transfer (BOOT) model, said a statement from SWPC. A total of 32 companies have expressed their interests in the project including 14 Saudi firms, said a statement from SWPC.

The deadline for submitting the bids has been set at January 24.

This comes as part of the Independent Water Transmission Pipelines Programme (IWTP) which aims to develop a network of potable water transmission systems consisting of pipelines and temporary/terminal storage facilities to provide a connection between consumption centers and desalination plants. SWPC said the winning bidder will develop the project and then transfer the entire water capacity to the company, in accordance with the Water Transfer Agreement (WTA).

The duration of the water transfer agreement is expected to be 35 years. The firm's obligations under the WTA will be backed by a credit support agreement entered into by the Saudi Ministry of Finance.

For the Jubail-Buraidah project, Synergy Infrastructure Consulting and Financial Advisory Services will be the principal and financial advisor, while Amer Al Amr Law Firm will be the legal advisor and Fitchner the technical advisor.-TradeArabia News Service